“This will mean an increase of our footprint, not only on our economic impact, but also in the Bay County and Panama City community,” Tyndall spokesman Don Arias said. 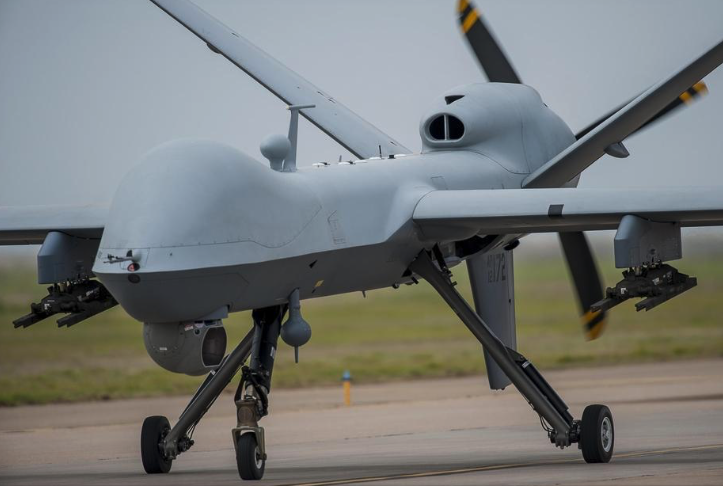 TYNDALL AIR FORCE BASE — Tyndall Air Force Base’s workforce will increase by more than a third after the Air Force on Tuesday named the base its preferred location for a new unmanned aerial drone wing.

The MQ-9 Reaper Wing could bring in, according to various estimates, anywhere from 1,400 to 1,600 airmen and their dependents. The base currently employs about 3,500 military members, along with 1,200 civilians and 1,500 contractors.

“We have the space over there and the infrastructure,” said U.S. Rep. Neal Dunn, R-Panama City, who has advocated for Tyndall’s selection since his election. “It will bring a tremendous boost to our region. Tyndall is a perfect location for this new wing, and this community will welcome the new airmen and their families who come to live and work here with open arms.”

Dunn said he wasn’t “prepared to guess” the local economic impact but that “it will be huge.”

“As additional personnel from the MQ-9 community are assigned, this will mean an increase of our footprint, not only on our economic impact, but also in the Bay County and Panama City community,” Tyndall spokesman Don Arias said. “As of 2014, Tyndall’s total economic impact was $605 million.”

The MQ-9 is an armed unmanned aerial vehicle that can perform combat, surveillance and reconnaissance missions, according to a news release from Dunn’s office. The Reaper has a wingspan of 66 feet, a range of 1,000 nautical miles, and a service ceiling of 50,000 feet. It can be armed with AGM-114 Hellfire missiles, GBU-12 Paveway II, and GBU-38 Joint Direct Attack Munitions.

The U.S. Air Force proposed the MQ-9 Reaper system in response to the Department of Defense directive to support initiatives of overseas contingency operations. It is larger and more powerful than the MQ-1 Predator, and is designed to execute time-sensitive targets with persistence and precision, and destroy or disable those targets. The “M” is the DOD designation for multi-role, and “Q” means remotely piloted aircraft system. The “9” indicates it is the ninth in the series of remotely piloted aircraft systems.

Arias said the base is looking forward to serving with the MQ-9 airmen.

“We expect airmen will begin arriving to Tyndall as early as 2020. The first aircraft are expected to arrive at the new location in 2022,” Arias said. “This will be a process. ... It’ll be a few years until we meet those airmen.”

“We selected Tyndall Air Force Base because it was the best location to meet the unique requirements of the MQ-9 Reaper” because of fewer aircraft competing for air space, nearby training ranges, great weather and lower up-front costs, Secretary of the Air Force Heather Wilson stated in a press release from Tyndall.

“Remotely Piloted Aircraft and the intelligence capabilities supporting them remain vital to our national security and the security of our allies,” Goldfein said.

Dunn said the new wing is “huge” for Bay County and thanked Tom Neubauer, Glen McDonald and others with the Bay Defense Alliance, along with other military and civilian leaders.

Florida Sen. Bill Nelson, a senior member of the Senate Armed Services Committee, said the decision is “a big win not only for Panama City, but for the entire state of Florida.”

The Air Force now much complete a legally required environmental analysis to “examine the potential impacts of bringing the Reaper to Tyndall” before making a final basing decision. It is unknown when the analysis will begin, though Arias said it is a “lengthy process” that could take up to two years.