Eastern Shipbuilding launched its newly built ship, the M/V Magdalen, Friday afternoon at Eastern’s Allanton Shipyard. The 356-foot-long dredging ship was built for Weeks Marine, which currently has two other dredging boats working on the beach renourishment project in Panama City Beach. The Magdalen, however, is not destined for local waters but instead will make its way to Weeks Marine’s New Jersey location. 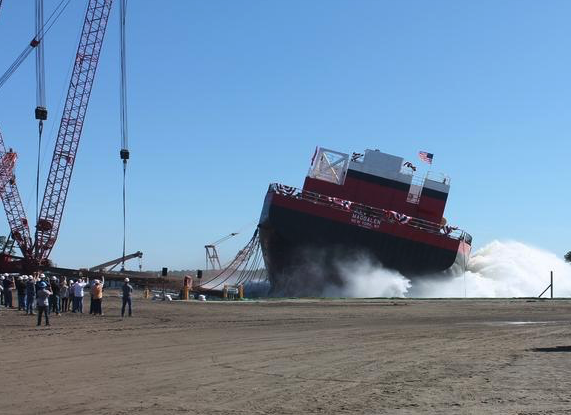